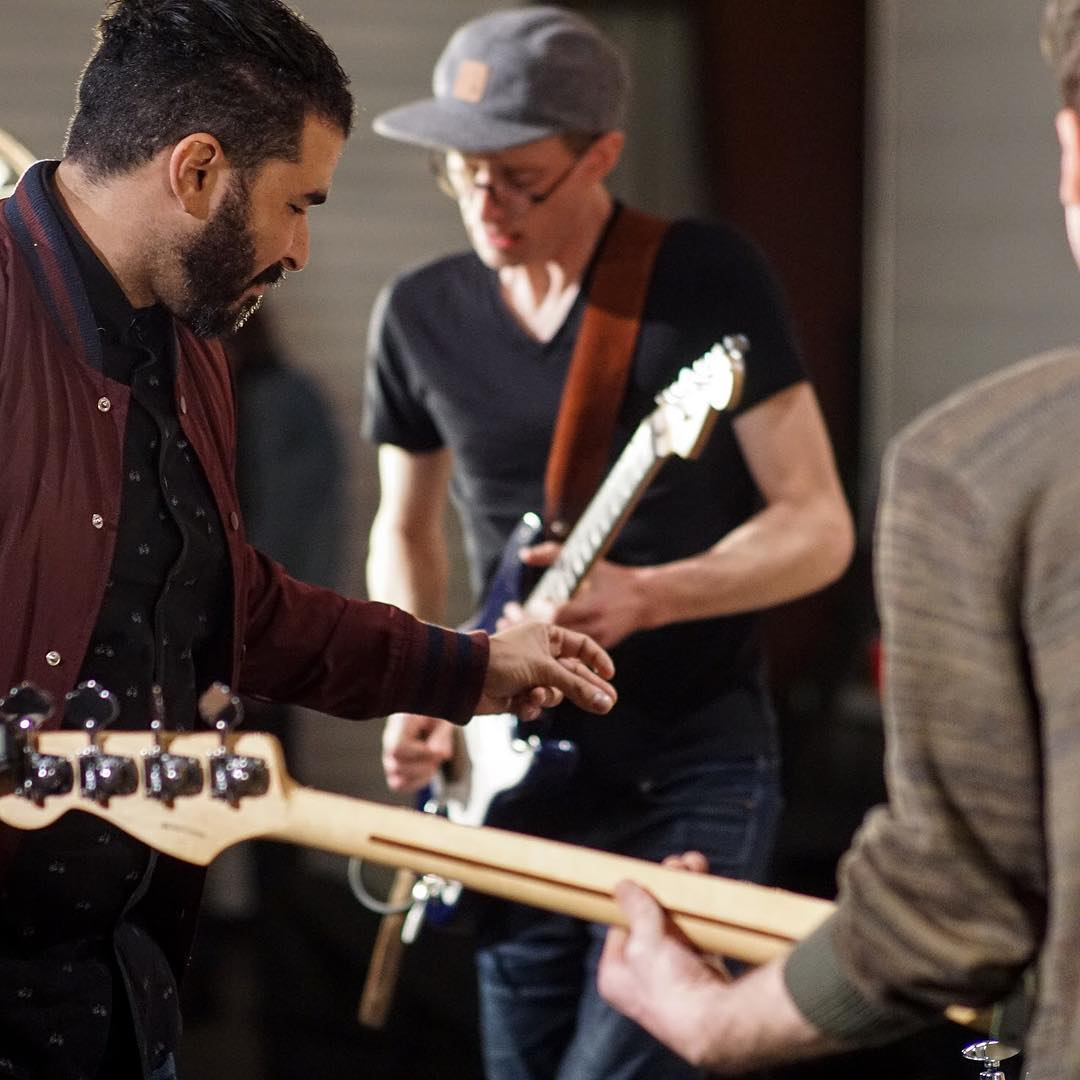 $0.00
Buy Tickets
On The Sun crafts sleek and modern groove music steeped in classic and contemporary soul, funk, Americana, jazz, and psychedelia. This simmering soul juggernaut recently completed the first of several national tours it has planned for 2018 in support of their new album "Gratuity Not Included". The recent trek found the band playing alongside artists such as Lisa Loeb, Robert Randolph, Michael Franti and many more onboard the 4-day floating music festival cruise Sail Across The Sun. They also played a string of intimate Sofar Sounds shows in the midwest and east coast and made some special appearances in Austin, Texas at SXSW and Red Gorilla Music Festival.
Gratuity Not Included is an artistic milestone for the band, as it represents the best capture yet of the span of On The Sun’s artistic continuum, showcasing its always-shifting expanded lineups with added horns, synthesizers, and lush female guest vocalists. It also represents a new era of assured artistry after a period of tireless touring and soul searching. The self-produced seven-track collection, favors full band live on-the-floor takes as the core foundation to construct songs, and then reimagines these recordings with soulful and tasteful experimental studio wizardry.
Select standouts from the album include “Amen,” “Don’t Give Back,” and “Imagining You.” The fractured minimalist funk of “Amen” sprung to life from a loose-limbed jam that with sleek production touches veers into lush, gospel-tinged modern R&B while “Don’t Give Back” conjures the steamy emotionality of 70’s soul but with a modern, sleepy–eyed behind-the-beat groove. The horn and organ driven soul jam, “Imaging You,” evokes late-period Motown Stevie Wonder, playfully contrasting uplifting musicality with lovelorn lyrics. When listening to it you may find yourself euphorically dancing around the room singing along to lyrics of masochistic heartbreak.
Up next, On The Sun will issue a vinyl version of Gratuity Not Included, a collection of live tracks from recent tours, and another as-yet untitled collection of new music in 2019. A New Year’s Eve show at the Bisbee Royale Theater in AZ will kick off their first ever west coast tour in January of 2019, and an extensive tour is in the works for March.