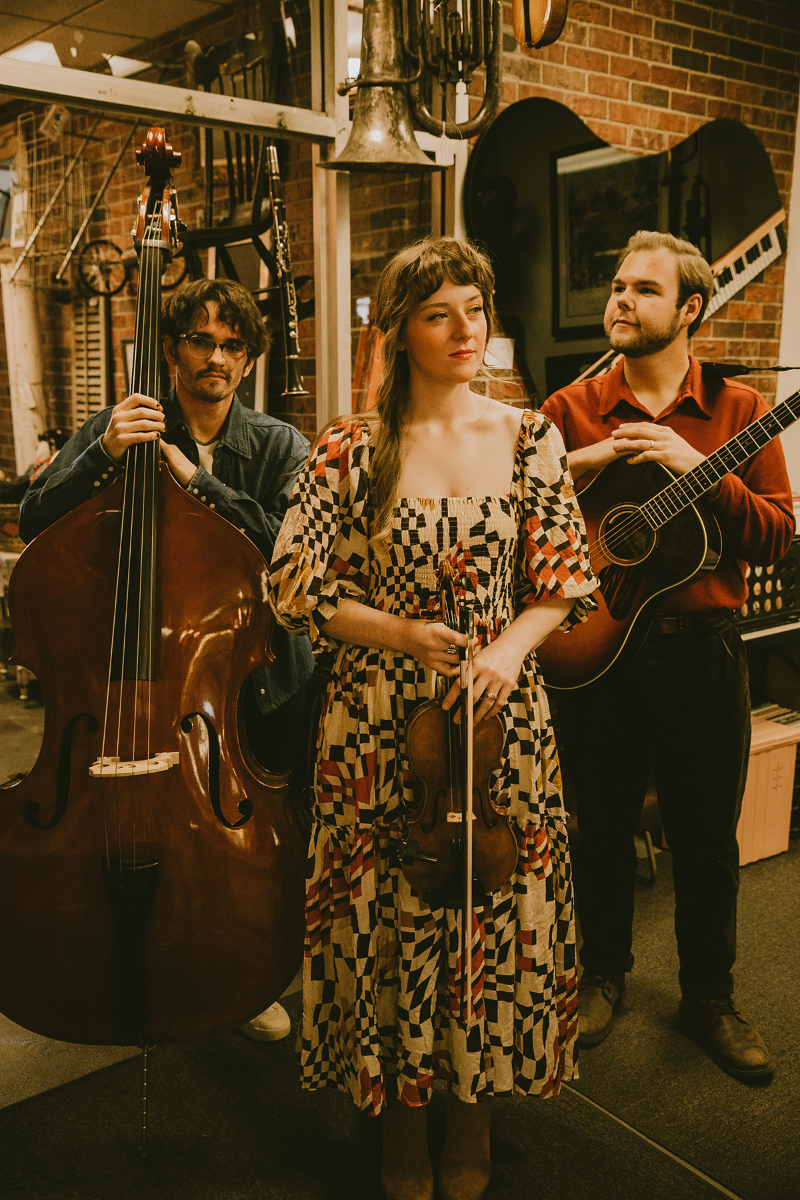 The Wildwoods are an enchanting Folk/Americana trio based in Lincoln, Nebraska, whose flowing songwriting tandem has been praised by Paste Magazine as "focused and charmingly human". The Wildwoods' delicate melodies and descriptive lyrics come from nature, love, experiences from the road, and growing up in Nebraska.

The band released their debut album, Sweet Nostalgia, followed by a duo EP, Birdie & Goose,  in 2017, and quickly established themselves as a creative, harmonious, and instrumental force in their local music scene. Since then, The Wildwoods have released another full-length record, Across A Midwest Sky (2019), as well as a handful of singles, Little Home (2020) and Like My Old Man (2021), and have supported touring acts such as Elephant Revival, Arts Fishing Club, The Accidentals, The Way Down Wanderers, and Jamie Wyatt.

Along with performing several Sofar concerts in cities such as London, Brooklyn, and St. Louis, as well as a European tour in 2019, the group has performed at several festivals including: Summerfest, The Nebraska Folk and Roots Festival, Wakarusa, and the Flatwater Music Festival.