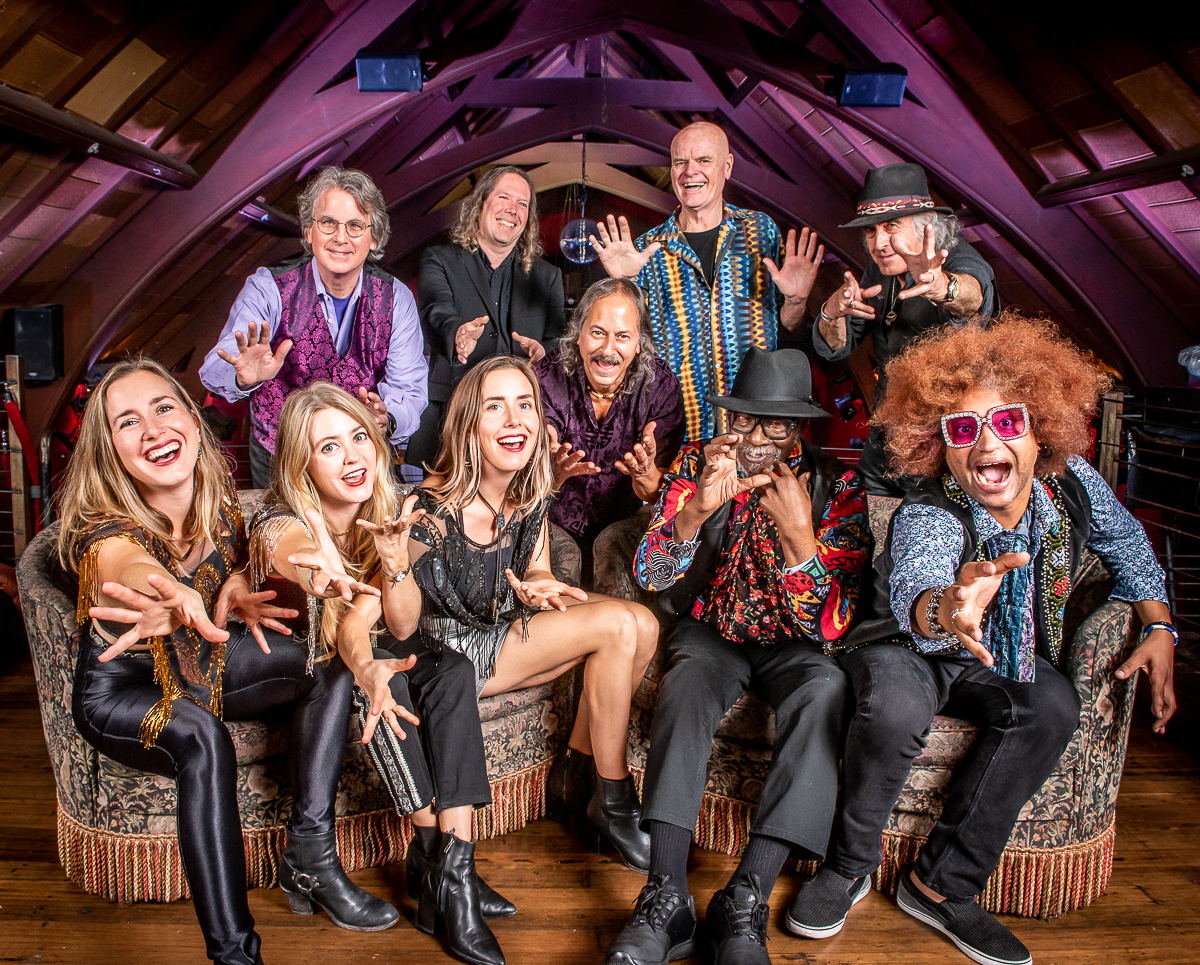 Moonalice is an exuberant Bay Area ten-piece known for delivering a unique brand of psychedelic soul and rock-tinged Americana. With an unparalleled list of collaborations with some of the biggest names in music, the family tree of Moonalice has touchedevery corner of rock and roll history. Led by vocalist Lester Chambers, who co-founded pioneering '60s psychedelic soul group The Chambers Brothers; bassist Pete Sears, a founding member of Jefferson Starship who has played with everyone from Rod Stewart to Jimi Hendrix, and guitarist Roger McNamee, who was an advisor to Grateful Dead and U2 and fights against entrenched power in the tech industry - their incredible chemistry shines through in their live performances and the recent release of the Chambers Brothers classic, "Time Has Come Today." Moonalice also features esteemed members Barry Sless (lead guitar and pedal steel), Jason Crosby (keyboards), Grammy winner John Molo (drums), along with the next generation of legends including Lester's son Dylan Chambers, and Erika, Rachel, and Chloe Tietjen of acclaimed Americana band the T Sisters. Moonalice has a renegade spirit and an ethos of love, peace, and happiness that permeates everything they do.