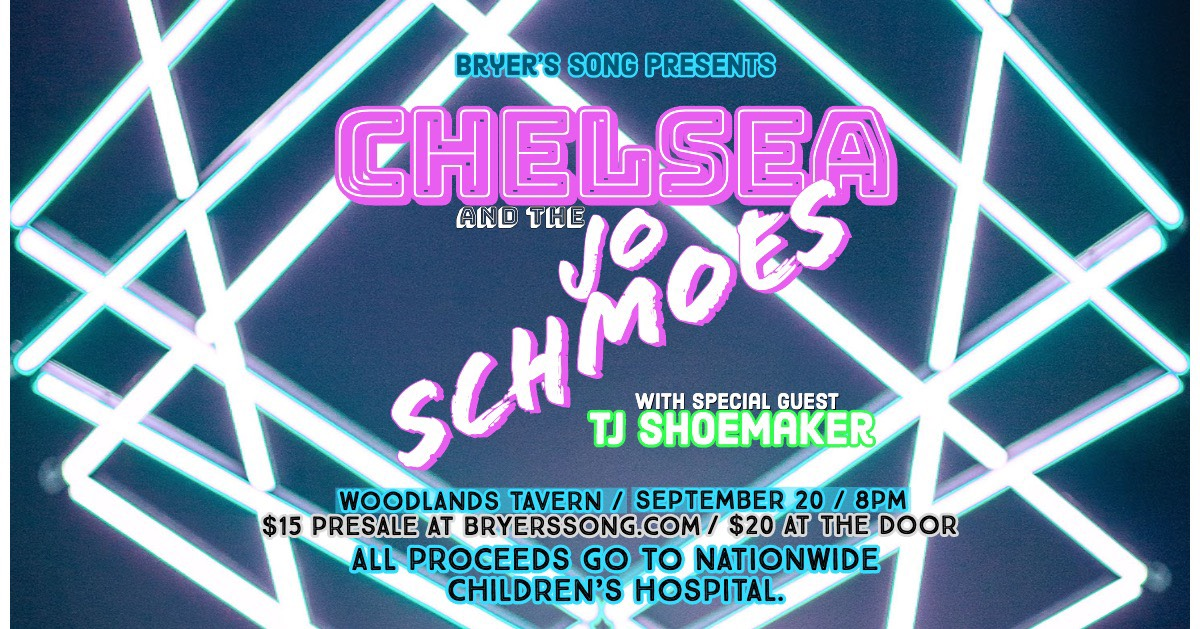 $15.00 - $20.00
Chelsea Jo and the far less talented backing band will reunite and rock the stage for Bryer's Song and Nationwide Children's Hospital with songs that will want to make you empty your pockets. Make this your pre-Columbus Marathon party as we rock the night and raise money for genetic research in honor of Bryer Largent. All ticket sales will go directly to research at NCH